You've got to check out this blog!: http://www.innermichael.blogspot.com

Below is an excerpt of a beautiful article about Michael's relationship with his fans. To read the whole thing (which I highly recommend!), click on http://innermichael.blogspot.com/2009/12/michael-jackson-fans.html

Michael Jackson's one great and serious love affair was with his fans. A common exchange between Michael and a fan was:

I love you Michael.
I love you more.
........
Michael would often hand write multiple copies of notes to fans while
in his hotel rooms and sneak downstairs to glimpse his fans who were
diehard and camped out silently near and around hotels just to be near
him and his energy. Or he would write them notes that proclaimed that
he could feel their love through the walls and would profusely thank
them for their love and loyalty. He is known for delivering them
himself if it was safe and at other times his security would hand them
to fans. Have you ever heard of a Rockstar who did that? Michael would
often direct his staff to purchase and deliver blankets and pillows to
fans who were camped out in the cold overnight.
.........
Like any other celebrity, Michaels fans are steadfast and loyal but
there is an element that goes beyond the worldly manifestation of fan
clubs for other entertainers. The exchange between Michael and his fans
is, well otherworldly. There is a tone surrounding Michaels fans that
is hard to describe. Its as if each of them knows him personally,
defends his reputation and his honor at any and every offence or
assault, and they are kind and loving people. I began to read their
postings as I began researching after his death and it became quickly
evident that they all love him and believe implicitly in him and his
character through everything that plagued this man throughout his
lifetime. They have the facts; they have the evidence to back it all
up. Because they follow everything about Michael, they have a context
and a history that others are not privy to. Michael Jackson was and
still is beloved. Agape? Of course. But he was and is beloved in the
spiritual sense of the word. And it was not unrequited. (cont...)

WOW, I love her website! The posts about Androgyny and the Bright Shadow are really amazing. 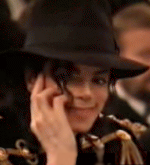 Yes Rev.Kauffman's website is beautiful. michael is our spiritual messenger, he is my idol. i miss him more than words could ever express. michael why did leave us we cant live without you 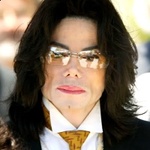 Similar topics
» Beautiful Story how Michael helped a girl with cancer
» MY LOVE FOR MICHAEL
» One in Love: Michael & His Fans
» Michael Jackson, Personal Love Tutor
» Michael in One Word